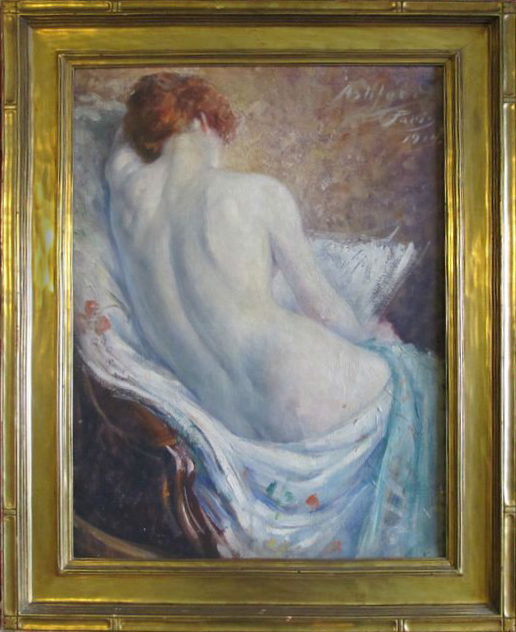 Absolutely nothing is known about this painting other than it was painted by Frank Ashford in Paris in 1914 (presumably because it says that in the upper right). It was sold by an auction house (Gary Germer) in Portland, Oregon in the late 2010s, presumably to an overseas customer. Ashford’s Paris work is difficult to track down. He left Paris at the onset of World War 1. He maintained a studio there for several years and had works accepted into exhibitions and salons over the years. The Nude is 18″ x 24″ without the frame. It is signed Ashford.

We found a second version of this painting (below) in the form of a 35mm slide on file at the K.O. Lee Aberdeen Public Library in Aberdeen, South Dakota. The collection of slides seem to be tinted from age, or from mismatched lighting when the photos were taken. So we’re not sure what the actual colors looked like. This one is not dated and it is not known if this is an earlier study, or a simplified option done later. We did find the widow of the gentleman that purchased this version from Ashford’s estate in 1962. She reported that it hung in their bedroom for 32 years. Upon his passing, she auctioned off many of his items, including this in 2016. We have located the auction house and hope to connect with the current owner soon. 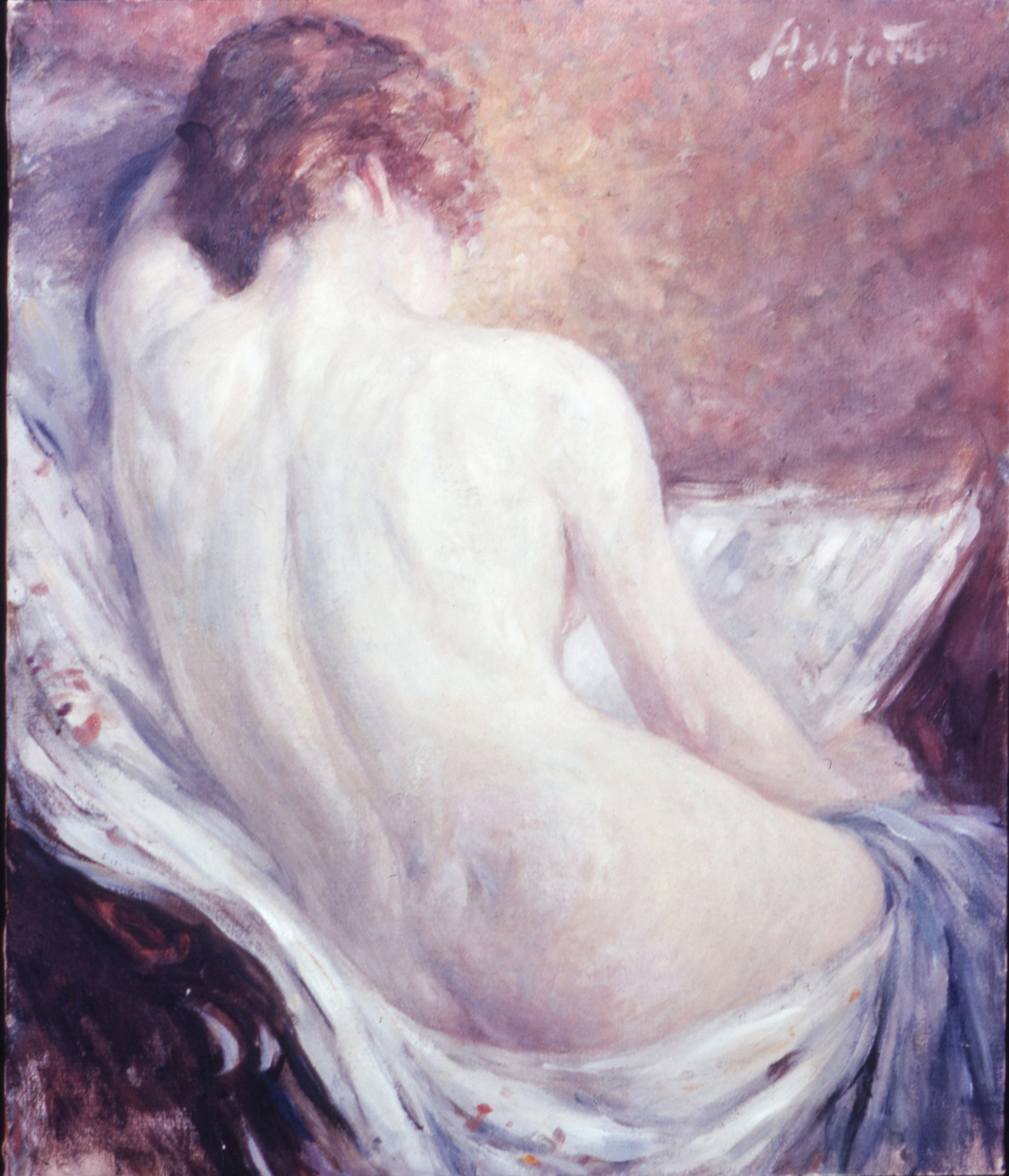