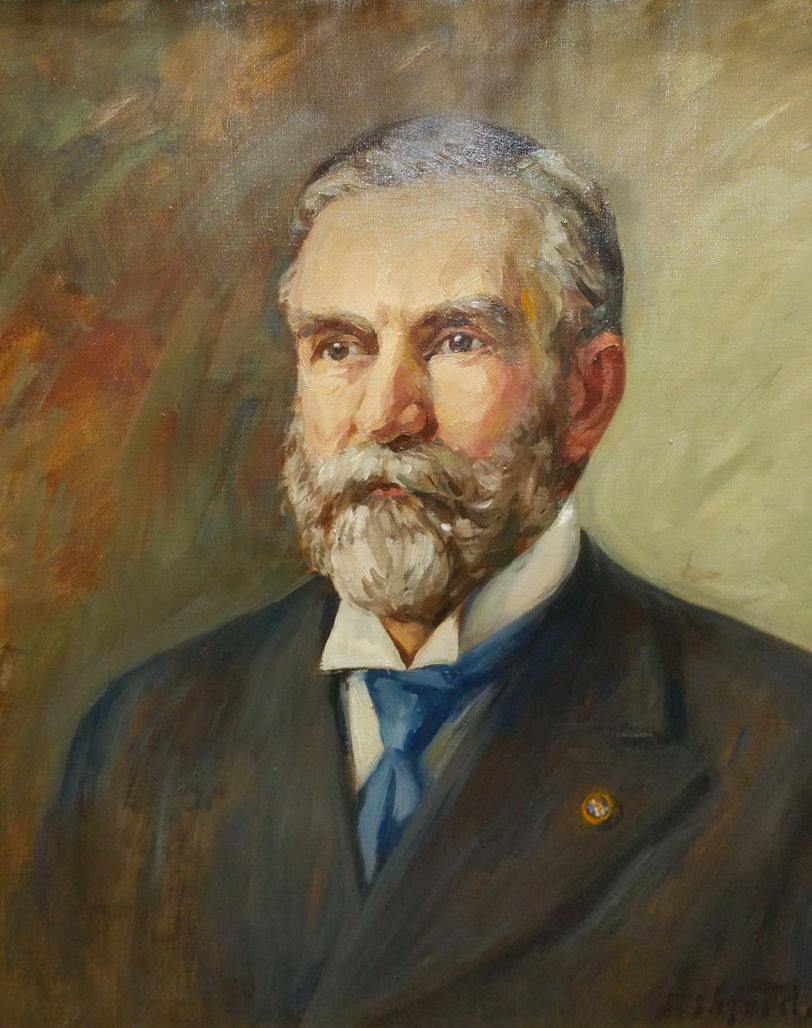 The August 1, 1929 edition of the of the Daily Plainsman (Huron, SD) ran an article about the unveiling of this painting. It states, “The portrait painted by Frank Ashford of General William Henry Harrison Beadle has been purchased by Eastern State Teachers college and will be unveiled on Eastern Day, the homecoming day at the institution, which will be celebrated this year October 19, it was announced today. General Beadle, for whom Beadle County was named, was at one time president of the college, and the staff members were anxious to have the portrait of the man who did so much for the institution and for education in the state, as a permanent possession for the college.”

Beadle was appointed by President Ulysses Grant to serve as surveyor of Dakota Territory and came to the area in 1869. At an early age, Beadle was committed to education. His presidential-appointed title was, Territorial Superintendent of Public Instruction. He was instrumental in advocating for separating the Dakota Territory into northern and southern sections, at the same time, preserving land in each county for schools.

He served as president of Madison State Normal School from 1889 to 1906, which became Eastern State Normal School. Today it is known as Dakota State University. He passed away in 1915. Frank Ashford painted this in 1929, presumably from a photograph. It is probably 28 x 36 and is signed.

Special thanks to the DSU Archives for finding this painting in their collection for us. (This is a digitally enhanced image from a photo provided by DSU.)