This painting is located in the basement of the Episcopalian Cathedral in Sioux Falls in a storage room. It used to be located at St. Mark’s Episcopal church in Aberdeen, SD. Size is approximately 30 x 36. This one is different in that Ashford added a symbol in the void space in the upper left. It was painted in 1928 and is signed F.C. Ashford.

According to Wikipedia, On October 25, 1916, Hugh L. Burleson was elected Missionary Bishop of South Dakota, and was consecrated on December 14, 1916, by Presiding Bishop Daniel S. Tuttle. He retained the bishopric until his resignation on September 28, 1931, to serve as the assistant of the presiding bishop. He died on August 1, 1933, in Custer, South Dakota.

Peg Lamont in her paper, Frank Ashford of Stratford on the James, described this painting as being on the mantle in the Fireside room at the Aberdeen church. In 2019 when we tried to track this down, the church told us it was moved to the “cathedral” in Sioux Falls. So, next time we were in Sioux Falls we went to the big Sioux Falls Cathedral on the hill to see if we could find this. They had no clue what we were talking about but when I mentioned St. Mark’s Episcopal, they mentioned it probably is at the Episcopal Cathedral down the road. That “cathedral” is a church called, Calvary Episcopal Cathedral and is the oldest church in Sioux Falls. When we got to the church it was closed. So months later we contacted the church and set up a time to meet with them to see if we could find the painting. We returned and were escorted to a basement storage room where we found this painting amount a collection of others. We were told it was removed because they now preferred to use black and white photos on their wall of Bishop images. This image of Bishop Burleson is probably rendered with too much green as we shot it under the basement storage room lights. 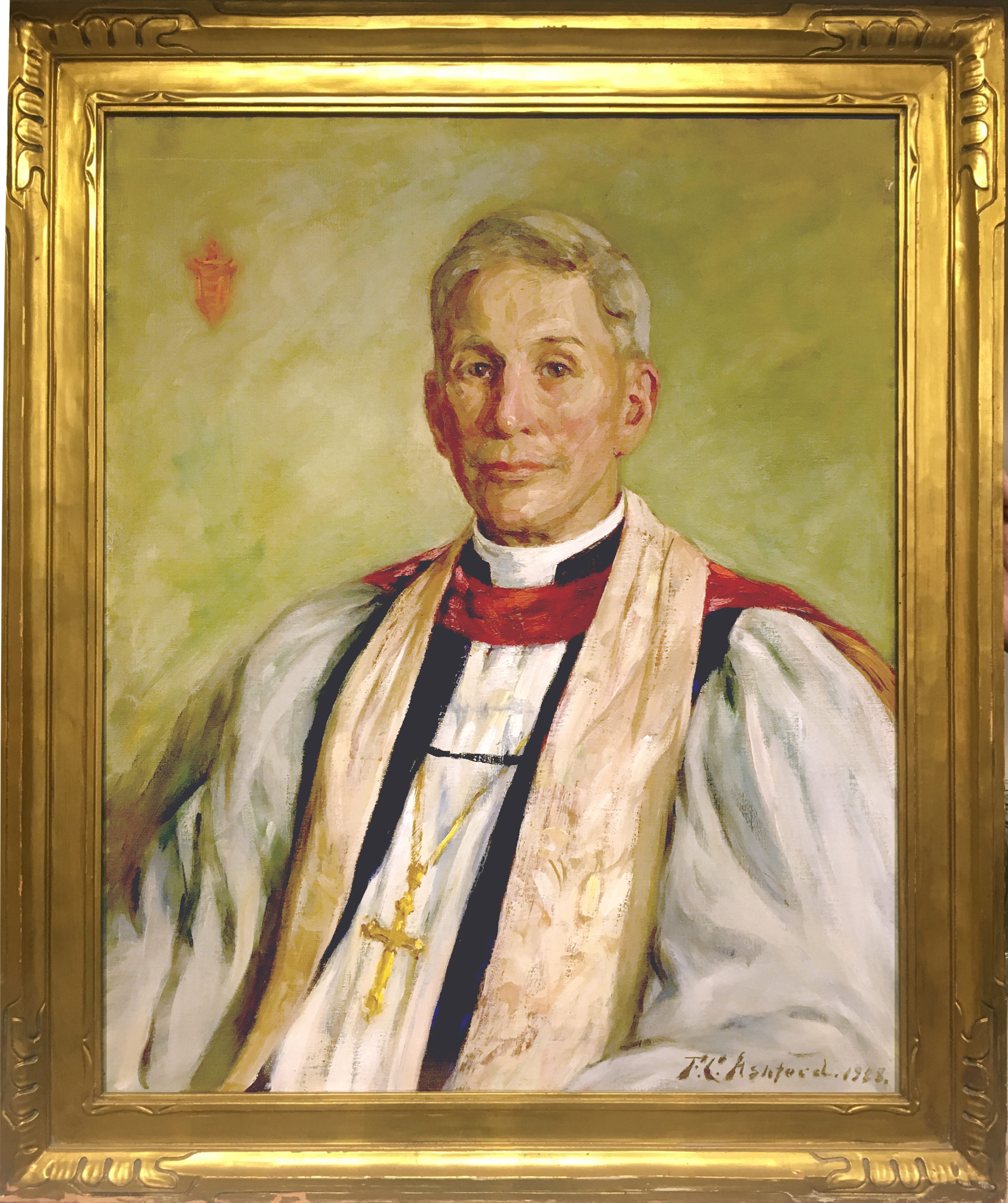