Ashford did a lot of paintings of women wearing shawls. One of Franks Ashford’s favorite paintings is Three Sisters. This painting featuring three women brought him significant notoriety in Paris and the US as well. It was featured in salons and exhibits in Paris. The whereabouts of Three Sisters is not known, nor does a color image of it exist. However, the woman on the far right of the Three Sisters painting is rendered nearly identically to the woman featured in this painting. The shawl is identical and may shed some light on the color of the Three Sisters painting which is dated 1912. Note the woman is holding a bunch of flowers that could be chrysanthemums, which Ashford painted in this still life. This painting is on display and is owned by the K.O. Lee Aberdeen Public Library in Aberdeen, SD. The size is approximately 30 x 36 and is signed, F.C. Ashford. The date is unknown. 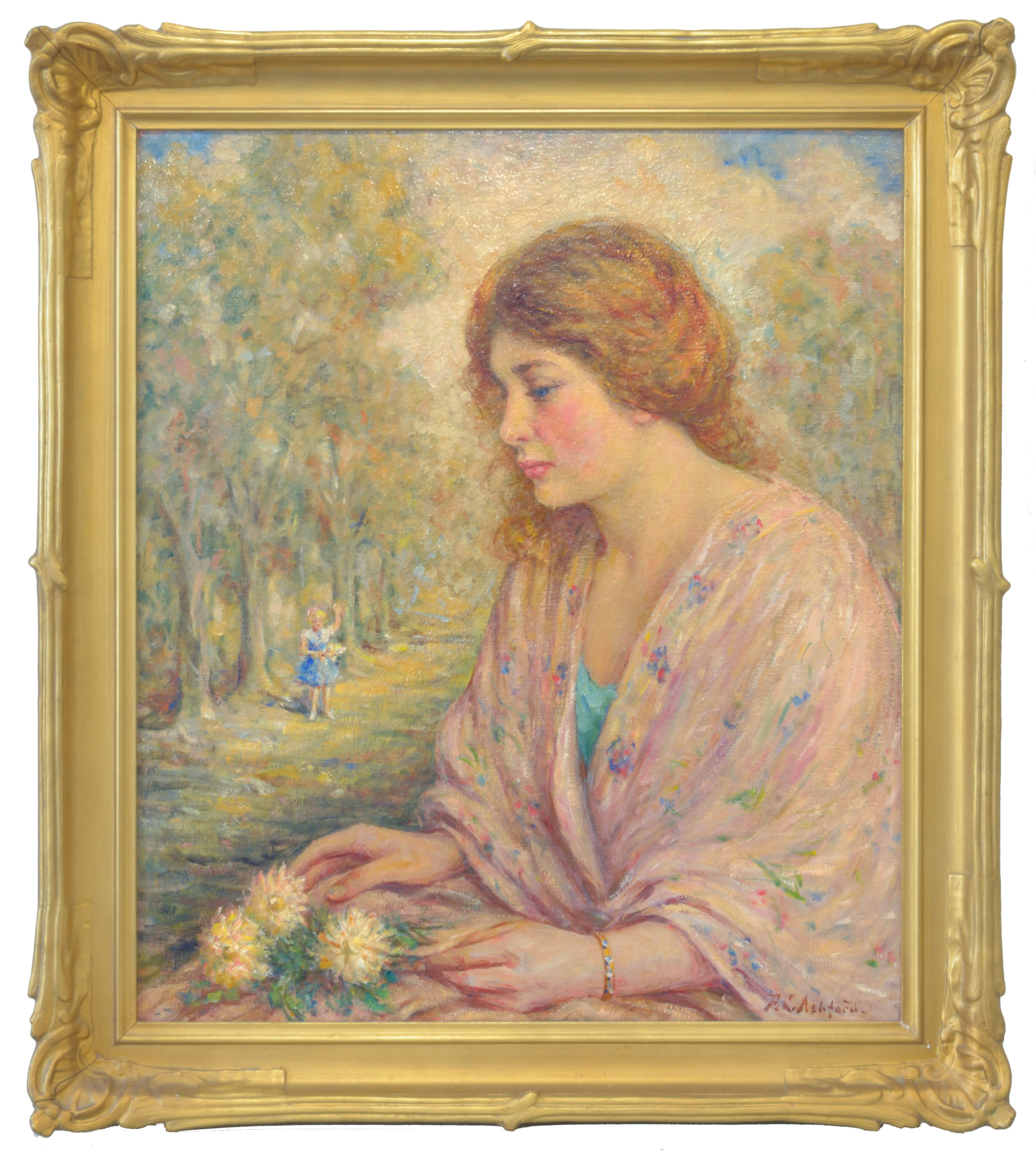 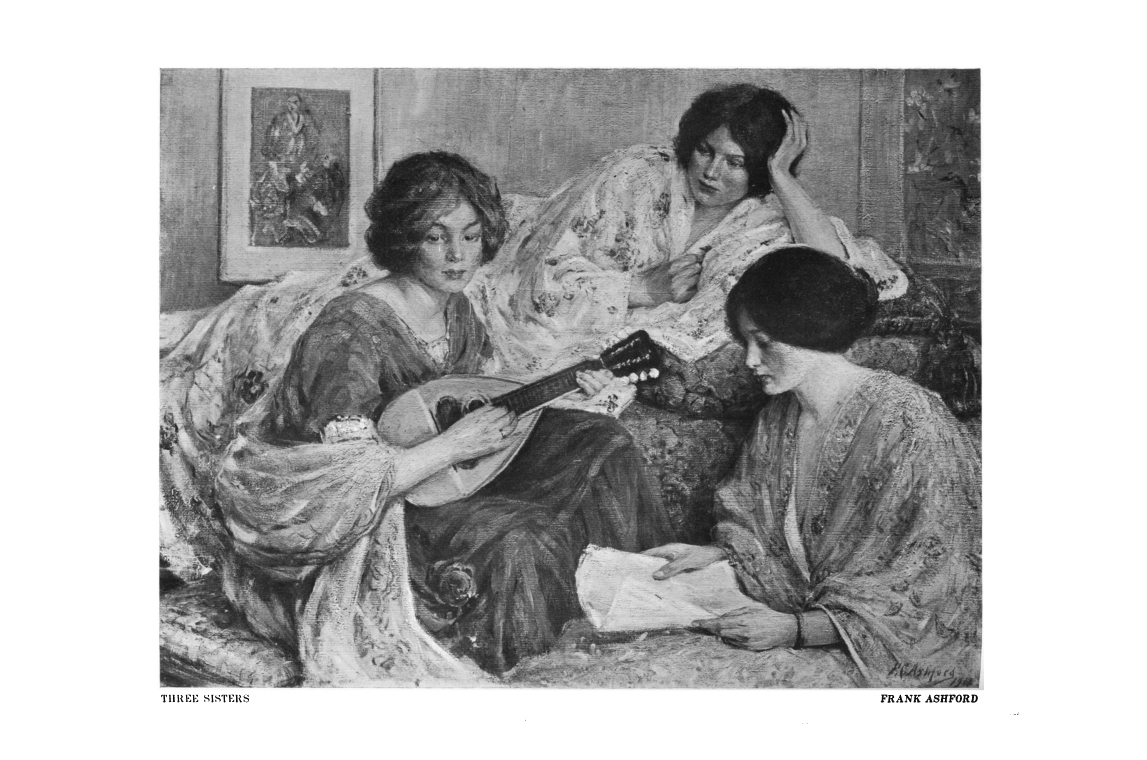