This is apparently Frank Ashford’s New York apartment, probably mid 1920s.The woman at the piano is his wife, Marjorie. She was a model and they were married during the 20s up until 1930. This is a departure from his portraits in that he has rendered the entire scene instead of mottling out the background. It’s interesting he includes several paintings in his painting on the back wall. This is one of two paintings by Ashford that hung in the Aberdeen Country Club. The other one is Woman In Yellow, which was painted specifically for the Country Club.  It is signed F.C. Ashford 1922. (K.O. Lee Aberdeen Public Library) 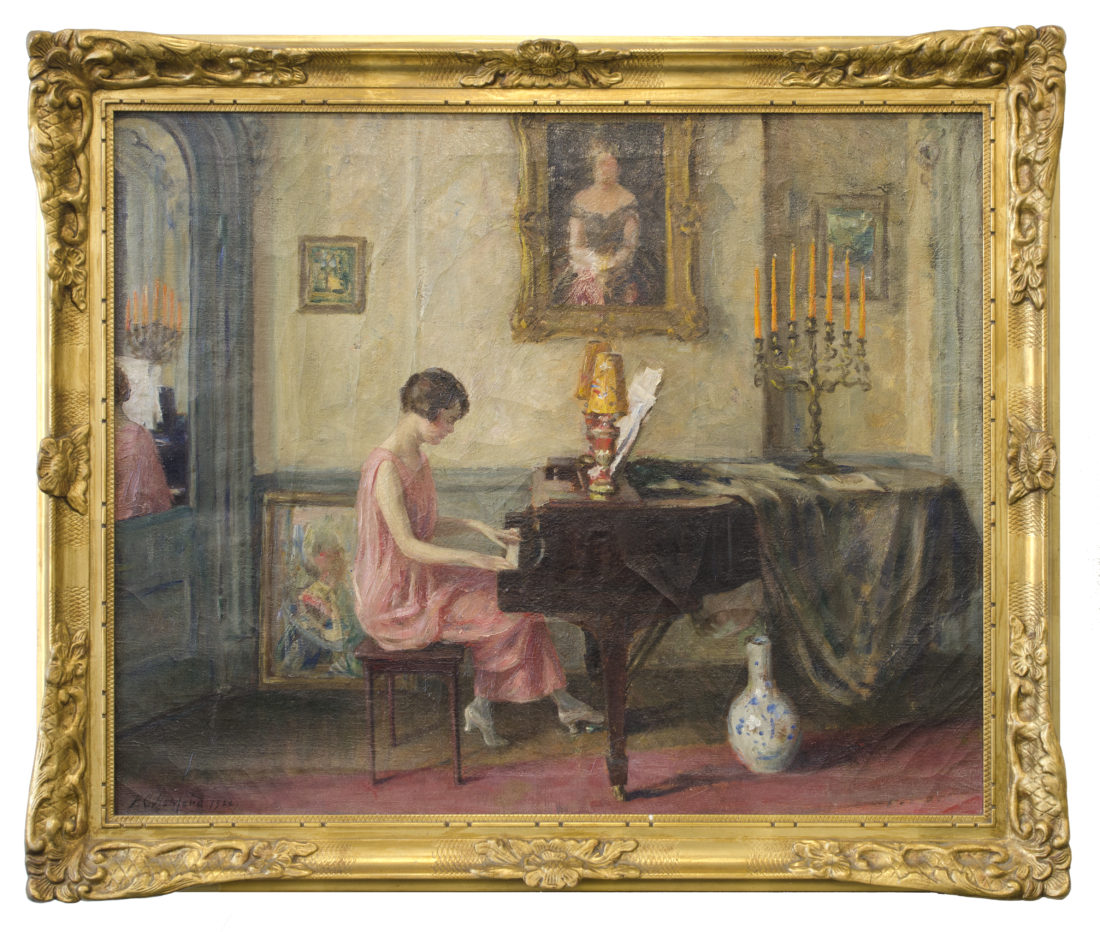