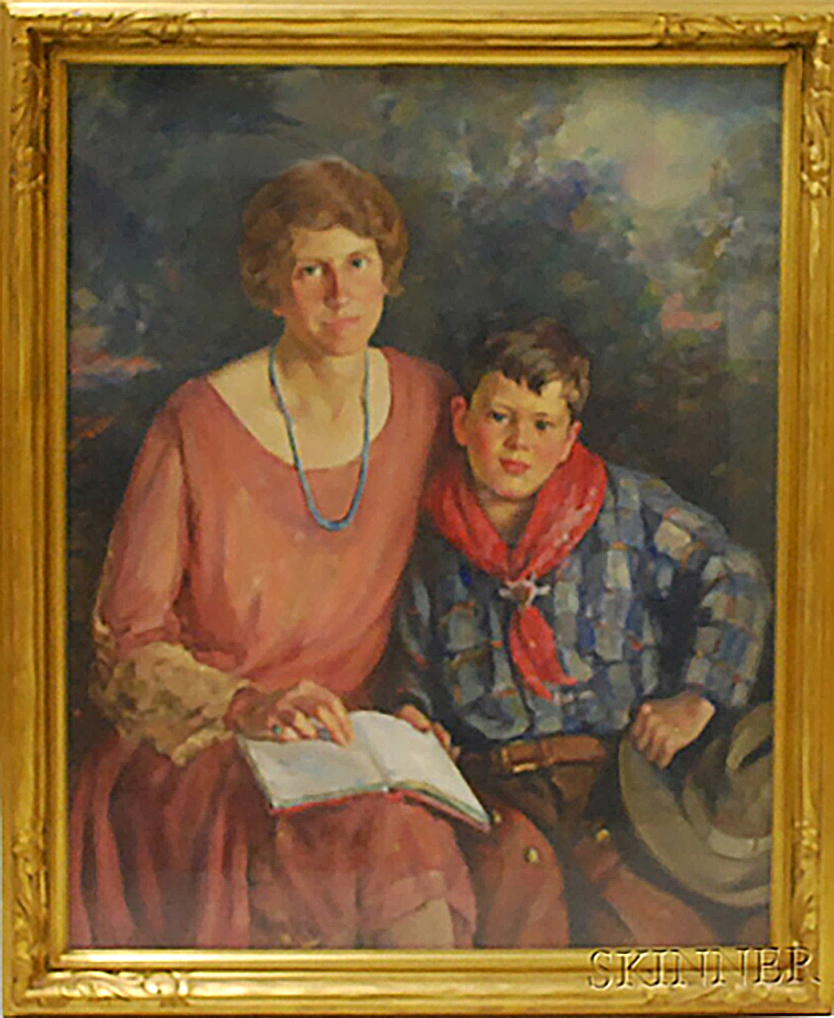 Raynor and Margaret Wellington’s granddaughter (daughter of John, “Jack” Wellington) told us this about this painting:

She remembers the painting in her grandparents home. She said it was huge “the size of a wall.”  The painting depicts Margaret and her son John “Jack” Wellington. John Wallback owned the painting after the Wellingtons. He was related to Raynor somehow she believes, perhaps his brother. And he wanted the painting. He did not have any kids so when he died, it is not known what became of the painting other than it ended up in an auction.

This image is of very poor quality because we found it on an auction website. It is attributed to Ashford but this picture doesn’t reveal a signature. The details on the auction site say that is it signed F.C. Ashford and is estimated in value at $1,200 – $1,800. The auction listing is from 2012 and we don’t know who bought it and what the final bid was.