This is a portrait of Frank Ashford’s wife, Marjorie. “By 1918 Frank was back in New York with a studio, and was already attracting commissions for portraits from many prominent and wealthy New Yorkers. It was during this halcyon time of prosperity and recognition that he married Marjorie, a lovely model, from who he was divorced in 1929. “Marge, said a present day Stratford neighbor, was a charming woman, and we all liked her very much when she and Frank came to visit his parents at the farm near Rondell. But Marjorie was not accustomed to rural life, and finally sought a divorce because she was quoted as saying, she was “tired of trying to support Frank.” He was a poor businessman, all agreed. He said, himself, that his painting became a part of him and he hated to part with them. Money management was not his talent; creation of painting, was.” — Frank Ashford of Stratford on the James by Frances “Peg” Stiles Lamont.

Marjorie is part of the permanent art collection at the Dacotah Prairie Museum in Aberdeen, South Dakota. It was donated by family members in Oregon and is rarely on display. This is their description of it on file: “Oil painting done by Frank Ashford ca early 1900s named “Marjorie” who was his wife. This painting was shown at the National Academy of Design in New York in 1920. In picture, she is seated, wearing a black dress with white lace, and holding a red book. Dark grayish green background. “FC Ashford” signature in upper right corner with no date. Two small paint scratches. In antique gold frame 31 x 43″.

This is an odd sized painting measuring about 43″ inches x 31″ and it is very solemn and dingy. It is signed F.C. Ashford. 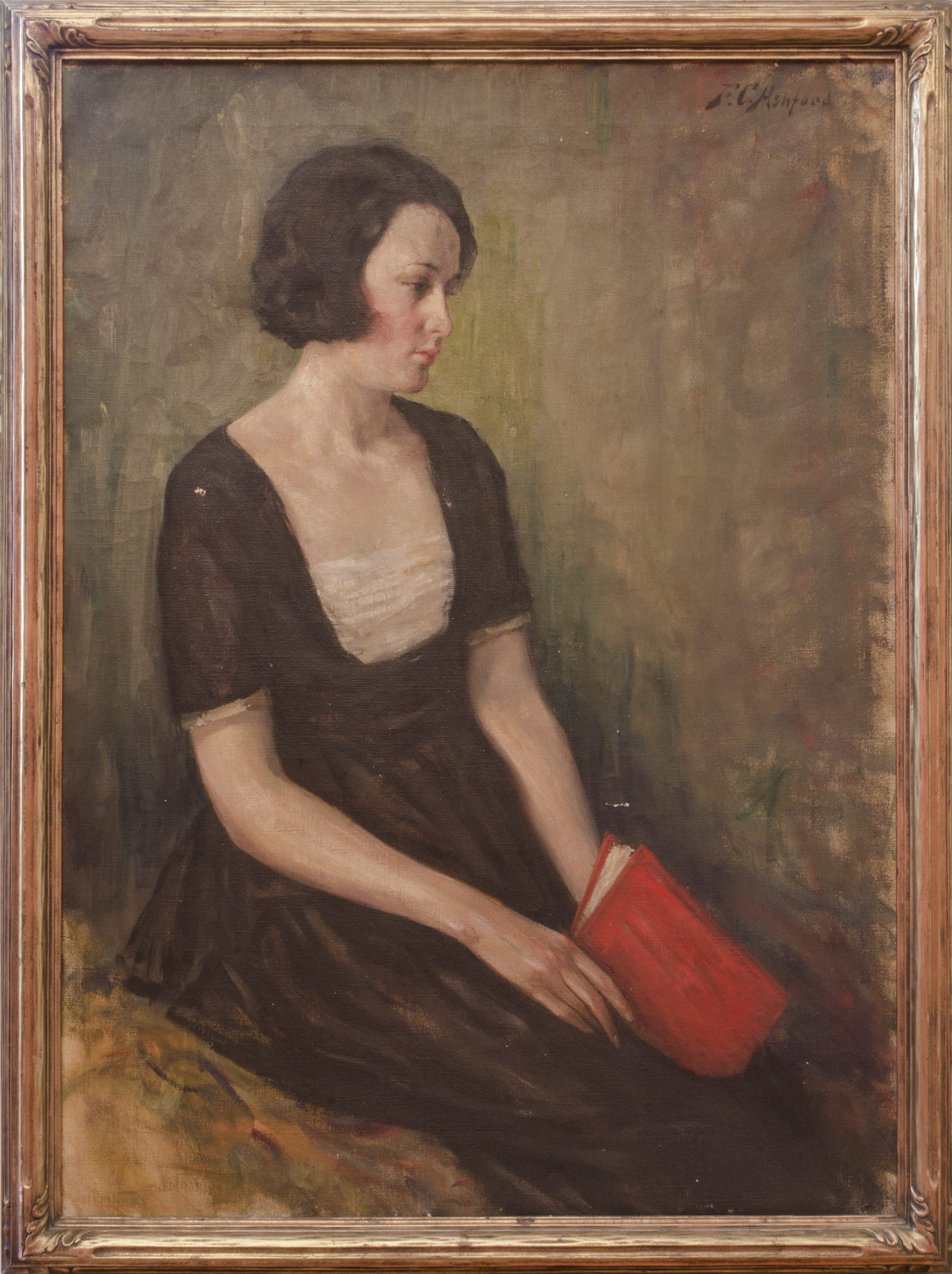