Leslie Jenkins served as South Dakota’s Governor from 1937-1939. Unfortunately this very large portrait is no longer on display in the State Capitol. Frank Ashford painted this portrait in 1958, nearly 20 years since Jenkins served. We were told his family did not like the portrait and commissioned a new one later on (presumably after Ashford died) that featured Jenkins how he would have looked during his term. After he served as governor, he entered WWII and contracted malaria. This Ashford painting shows an elderly Jenkins with the lingering effects of malaria. The painting is now in storage at the South Dakota State Historical Society’s Cultural Heritage Center in Pierre, South Dakota. They allowed us access to photograph it and granted us permission to display it here. It is singed F.C. Ashford and is approximately 40 inches tall by 36 inches wide. 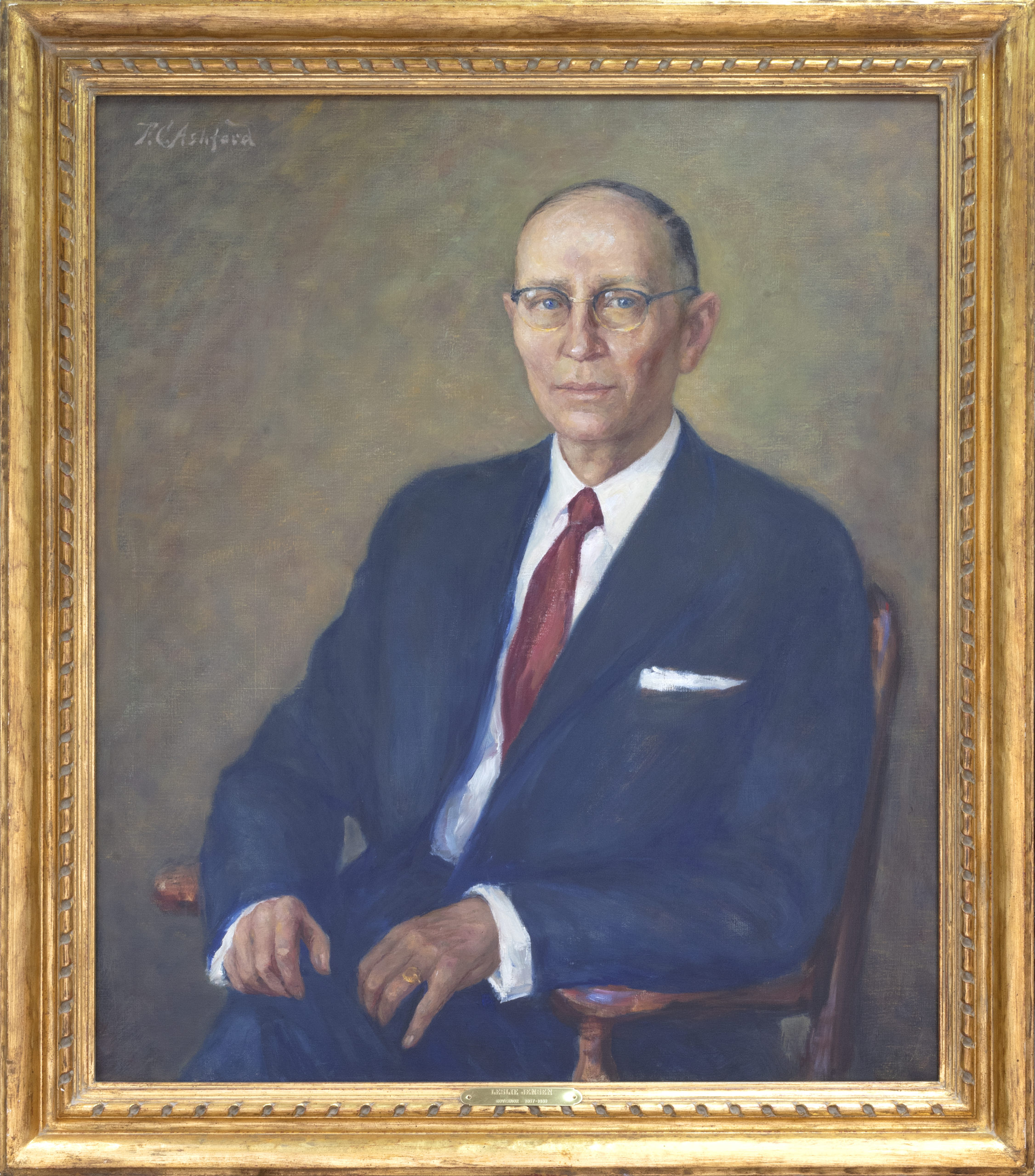