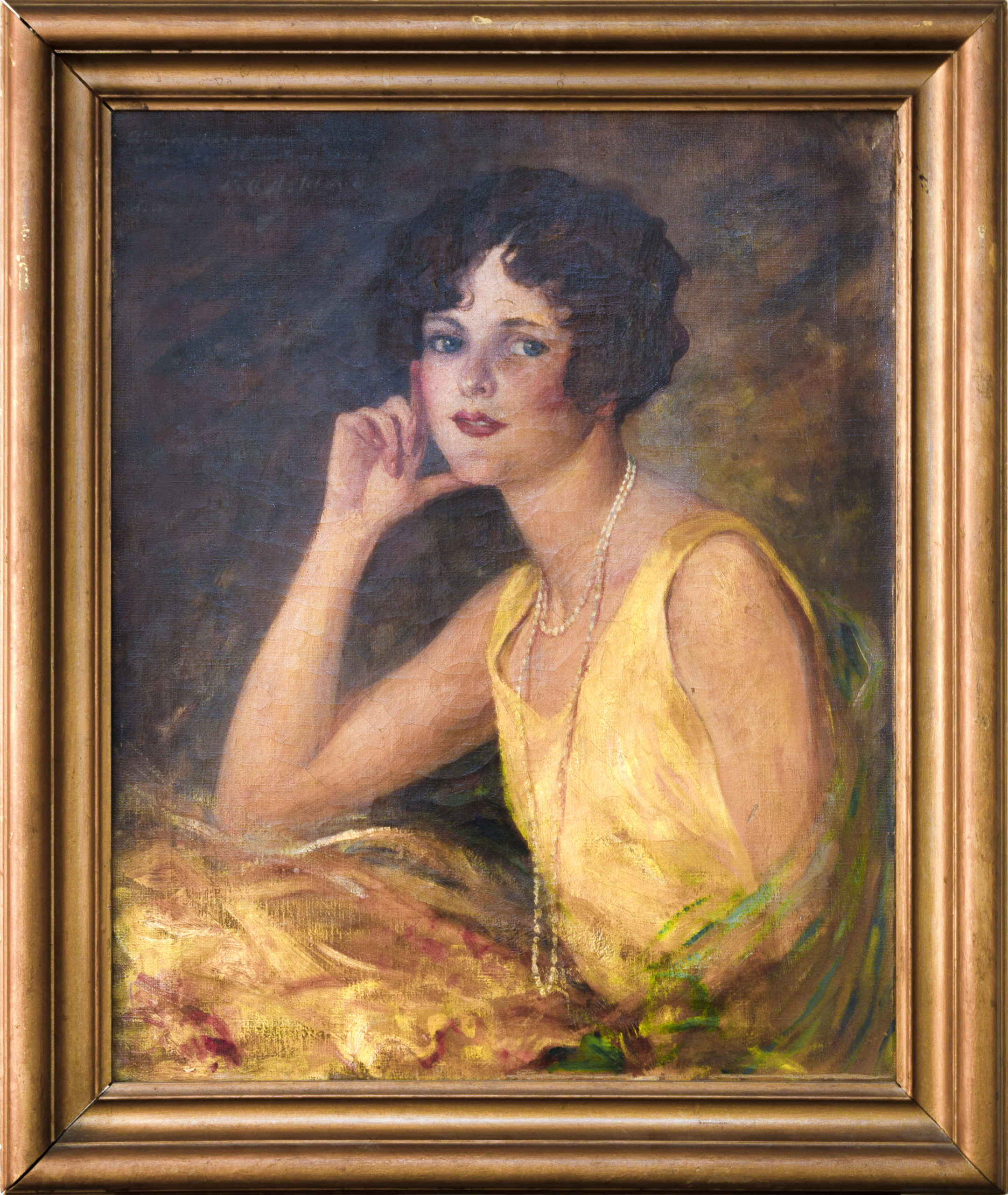 Connie Raymond lived in Aberdeen, SD for a time. She participated in and won the American Legion’s Miss Aberdeen contest in 1927. Frank Ashford would often judge regional beauty contests and offered a portrait as a prize option. Connie went on to Yankton to compete in the Miss South Dakota pageant. She took third place, but represented Aberdeen very well. Word of this painting was reported in the local newspaper so we began tracking it down. There was supposedly a second painting of Connie, but we have not found it yet. This painting was found in Idaho and is still owned by descendants of Connie. We located a photographer in Idaho to take a picture of the painting so we could feature it here. There is an inscription in the upper left that is somewhat obliterated. Many attempts to filter it in PhotoShop were tried but nothing worked. It quite possibly might be written in French.

Ashford’s signature, F.C. Ashford, is barely visible below the inscription. The painting measures 26 ½” h x 22” w. We would like to thank April Whitney for coordinating the  photoshoot. Thanks very much to photographer Samantha Sais who worked hard to get us this image. Old oil paintings are dark and shiny, making this a very difficult painting to capture. And of course, thanks so much to the family of Corrinne Raymond for allowing us to see the painting, to photograph it, and to share it.