This painting of long-time fashion designer Agnes Reed-DeSomery is in the archive at the Minnesota Historical Society (item #AV1998.16). It is signed Ashford and is dated 1932. With the frame, it measures 24.75″ x 28.5.” According to her obituary in the Minneapolis Star Tribune dated, Thursday, July 17, 1997: Reed-DeSomery, who was about a size 4, started making dresses in high school. In 1927 she opened her first store, Agnes Reed Shop, at 65 S. 10th St. in the Handicraft Building. At the time the building was referred to as “Minneapolis’ Greenwich Village” because of the many artists located there. Because of the shop’s address and the national reputation of her suits, the Minnesota Historical Society asked her to donate a scrapbook and several clothing items ranging from the 1930s to the 1960s for display. Linda McShannock, a society curator who specializes in costumes and textiles, said Reed-DeSomery’s wool suits were elegant and timeless. She passed away at the age of 98. 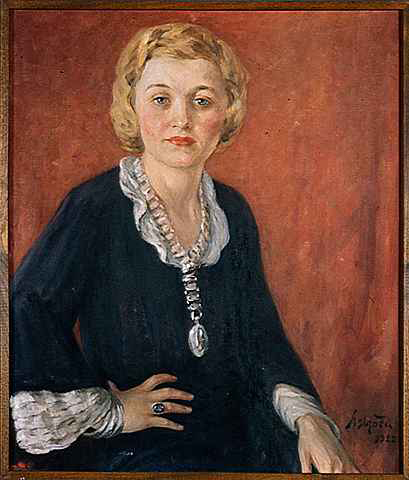